Did the Idea of Giving up Alcohol for Lent Scare You?

Lent is a season in which many people pick a habit that they try to give up for 40 days…just in case that New Year’s resolution didn’t stick. Trying to give up chocolate, dessert or smoking is common during Lent. Another common habit that is often given up is alcohol.

This isn't just something that those with an alcohol dependence attempt to do. Even those with what they think are “reasonable” drinking habits often attempt to abstain for a period of time. If the thought of giving up alcohol for Lent caused you to worry, or you haven't been able to stay alcohol free at the halfway point, it may be a sign of a larger problem. 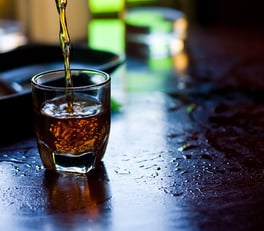 “Healthy drinking”, as defined by the Mayo Clinic, is no more than 2 drinks per day for men and 1 drink per day for women. If you think, or know, that you'd have trouble staying within these limits, you might need to look further into your drinking patterns.

Alcohol is frequently used to help people “unwind and relax” or to help them stop thinking about something. There are numerous songs about drinking to forget, or to “drown” the sadness. There's even a song titled "I can’t stop drinking about you." If alcohol is a tool that you use for any of these purposes, it may be a sign of an underlying anxiety or depressive disorder. While alcohol might lead to temporary relief, it eventually causes an exacerbation of anxiety or depressive symptoms that make them even worse than they were before.

If you've given up alcohol for Lent but are having trouble staying alcohol free, now is the time to talk to an addiction specialist. Even if you've made it to the halfway mark without having a drink, but are counting down the days until Lent is over, it's still a good time to talk to someone about your drinking habits.