One of the challenges for friends, family members, and loved ones of those addicted to drugs and/or alcohol is Euphoric Recall.

What is Euphoric Recall?

Whether it's 30 days or 30 years, if you're in recovery you're always in danger of Euphoric Recall. It sneaks up on you when you least expect it, and it's a mind game that you'll lose if you're not prepared and take action for your continued recovery right away.

Euphoric recall often takes place in the form of stories in which drinking and drug use experiences are glorified and stories are made to be much better than they actually were.

In an anonymous blog on Alcoholics Guide to Alcoholism, an author describes his own experiences with Euphoric Recall. "The thing is, when I thought of a drink, it wasn’t of the last time I drank. I didn’t think of the violent shakes, the vomiting, the DTs, hallucinations. No, I thought of sunny lit bars with sexy barmaids, and people drinking, laughing, and having fun. Music playing, people dancing etc." he said. "It had been some years since this had been my drinking experience, but this facsimile in my head, of what a drink looked and felt like, would play like a film across my mind. It has accounted for many alcoholics relapsing, thinking that drinking will be like the good ol' days, to find it returns them to a living hell, worse than the last hell they dragged themselves out of."

Euphoric Recall is often accompanied by a disappointment in how reality is playing out in sobriety. Life has its bumps and when you’re looking back on “the glory days,” continued sobriety can seem less than fun. You may be thinking “Sobriety is not nearly as exciting as having a few drinks. This isn’t worth it. The people at AA are just too much to deal with. I still feel awful, what’s the point?” 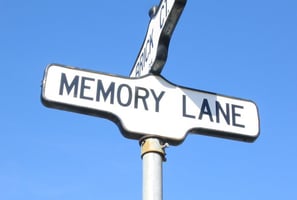 When someone starts glorifying the old days and is disillusioned with their current situation, relapse may not be imminent, but it's near. This is the time to do something about it.

How to Fight Your Way Back

Recognizing that nostalgia and disillusionment are huge red flags is sometimes enough to turn things around. In his book From Drug Addiction to Recovery, Bob Tyler says, "It is very important to recognize when you are engaging in the positive thoughts of using and begin focusing on the negative aspects. If recognized soon enough, it is often just that simple."

If you feel you're starting to slip, here is some advice from experts:

Euphoric Recall—remembering the glory days—can entice you to have “just one slip” to re-create that moment in memory of “happiness.” However, for most people, returning to drinking or drug use after suffering with an addiction is a return to emotional and physical pain, strained relationships, and broken promises. You quit for a reason and you need to remind yourself of that.

If you are finding the temptations to drink or use to be too strong, reach out to a local support group, your sponsor, or contact us to keep working on your sobriety skills.

You CAN do this and it WILL get better.