Alcohol Use & Women Over 60 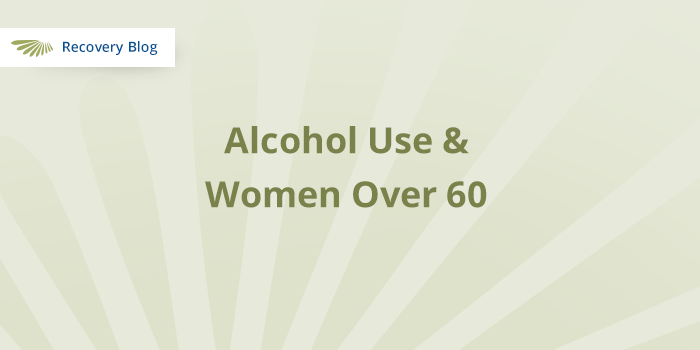 A study recently published in the journal Alcoholism, Clinical and Experimental Research found that binge drinking by women over 60 in the U.S. has increased considerably in recent years.

Between 1997 and 2014, the National Health Interview Survey, which is conducted annually by the U.S. Census Bureau, found that binge drinking by women over 60 jumped about 4% a year, while the rate for older men remained fairly steady. These results illustrate that even though binge drinking is a much greater problem for men, the continuing increase in numbers for older women is a cause for concern.

National Women's Health Week is May 14th to May 20th, and is an appropriate time to consider how this trend is affecting the growing population of women entering their retirement years. In the next 12 years, the population of those 65+ will grow from 14% in 2012 to about 20% of the total U.S. population. Figure 1 shows that the number of people over 65 is expected to nearly double by 2060. 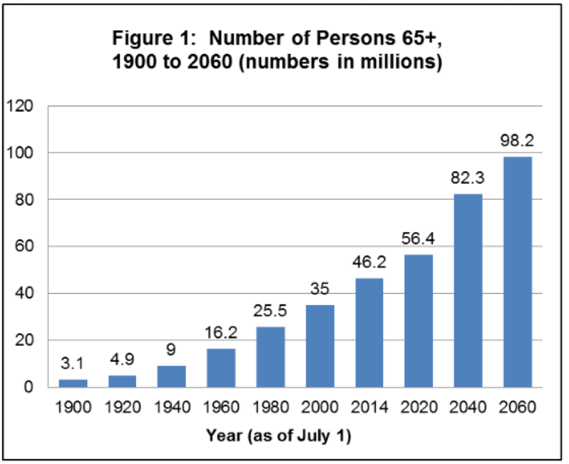 Alcohol affects women differently than men because women's bodies have a harder time metabolizing alcohol in their system. “After a man and woman of the same weight drink the same amount of alcohol, the women’s blood alcohol concentration will tend to be higher, putting her at greater risk for harm,” said Rosalind Breslow, an epidemiologist at the National Institute of Alcohol Abuse and Alcoholism (NIAAA). Breslow explains that this lower tolerance level also puts women at a greater risk for alcohol-related liver disease, memory loss, or cancer. It can also worsen or cause certain medical conditions that afflict seniors, such as osteoporosis, stroke, and high blood pressure, as well as making them more susceptible to falls and injury.

"Older women tend to have longer life expectancies and live alone longer than men, and they are less likely than men in the same age group to be financially independent. These physical, social, and psychological factors are sometimes associated with at-risk drinking in older adulthood, so they are especially relevant for older women," Breslow said. Women are also more likely to face other losses that can lead to loneliness and depression.

If you, or someone you love, has fallen into a pattern of binge drinking, it is important to talk to a health care provider. It's very important to be open and honest with your doctor and health care professionals as they may not always recognize the seriousness of the situation. Older women generally drink less or abstain from alcohol more than their male counterparts and as a result of that their health care providers may be less likely to recognize at-risk drinking and alcohol problems in this population.

Unfortunately, few elderly women who abuse alcohol seek help in specialized addiction treatment settings. Not dealing with the problem of substance use will lead to further physical and mental health challenges. When seeking addiction treatment for older women you'll want to find a treatment center that not only has programs specifically for women, but is also sensitive to, and knowledgable of, the challenges that face seniors 60+.

It's never to late to ask for help, and there is no shame in reaching out. Addiction is a disease, not a moral failing, and it's one that we can face together.