The Long-Term Mental Effects of Alcohol

Liver disease. Impaired coordination. Damage to the stomach lining. There are many effects of alcohol on the body that we know about and have perhaps felt ourselves at times. In addition to these physical effects, prolonged alcohol consumption wreaks havoc on our bodies including many serious short and long-term effects on your brain and mental functions. 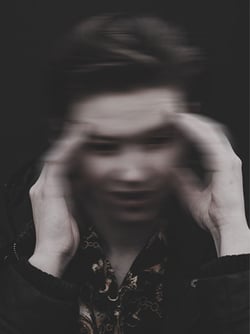 Alcohol use often begins as a short-term way to relieve anxiety or depression. It depresses the central nervous system and numbs emotions. Because of this, many people turn to alcohol for comfort as a coping mechanism when they are feeling a great deal of stress, pain, or hardship, such as a going through a divorce or losing a job. Alcohol also helps some to escape the pain of physical or sexual abuse and other trauma.

But, alcohol also interferes with mood stability and promotes depression, and using alcohol as a coping mechanism can lead to substance abuse and addiction.

"While under stress and feeling anxious, people drink to find temporary relief. However, drinking leads to a rebound in anxiety levels, often making matters worse than before," according to PsychCentral.

Alcohol is also commonly used for temporary solace among those suffering from mental health conditions such as anxiety, depression, impulsiveness, or other mental illnesses. But if someone is on medication and drinking alcohol, it can be a very dangerous combination.

"Alcohol can also reveal or intensify our underlying feelings, such as evoking past memories of trauma or sparking any repressed feelings which are associated with painful events of the past," advises the Mental Health Foundation. "These memories can be so powerful that they create overwhelming anxiety, depression or shame. Re-living these memories and dark feelings whilst under the influence of alcohol can pose a threat to personal safety as well as the safety of others."

Alcohol also gets in the way of good decision-making. It sometimes leads to promiscuous or other behaviors someone wouldn't do if they weren't under the influence. Poor decisions can lead to even more guilt, shame, or worry, and also damage relationships and get people into legal difficulties.

Over-consumption of alcohol long term causes the death of brain cells, which can lead to brain disorders and a lowered level of mental or physical function. Long term alcohol abuse also leads to dependence, tolerance, and addiction.

The Mental Health Foundation also states that, "One of the main problems associated with using alcohol to deal with mental health problems is that regular consumption of alcohol changes the chemistry of the brain. It decreases the levels of the brain chemical serotonin - a key chemical in depression. As a result of this depletion, a cyclical process begins where one drinks to relieve depression, which causes serotonin levels in the brain to be depleted, leading to one feeling even more depressed, and thus necessitating even more alcohol to then medicate this depression."

While having a few drinks might seem like a good idea to relax or numb the pain you are going through, it can cause severe long-term problems physically and mentally. If you think you might be relying on alcohol to get by, reach out today. We will help you determine what your next step should be, without any judgement or shame.