It is so common nowadays to ask someone “What they do for a living” as a means of small talk. For 6 years my answer to this question was “I’m an addiction counselor” and as a response I would receive some variation of “Bless you, that must be so hard to work with them”. It took me a long time to realize that people did not know how to respond because of the stigma attached to addiction and mental illness in general. 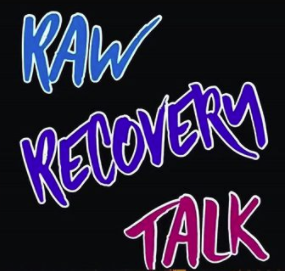 Despite the fact that the city that I live in has the highest percentage of overdose deaths in our state, I hardly heard others share their stories or concern when my career of choice was discussed. I was often asked why I chose the field and eventually ended up leaving the field due to feeling overwhelmed, overworked, and under appreciated. But I love my community and felt a strong urge to give back so I came up with RawRecoveryTalk.

Stigma is defined as shame or disgrace associated with behaviors or actions. For a long time, addictions were looked at so negatively that an addict was often the “black sheep” of the family or written off by those closest to them.

Now, addiction is more common than many people may realize. When I was working in the field, I met with school teachers, police officers, and even other addiction counselors. What people may not and many times do not consider is the fact that I was meeting with children, parents, and cherished individuals with loved ones who were scared and uneducated about the experience their loved one was dealing with.

The biggest impact of this stigma on society is the fact that we are losing thousands of bright people every year to the disease of addiction. In my opinion, this is due to there not being enough knowledge or positive stories being shared and taken seriously especially by those who are not personally impacted by the devastation of substance use. Instead, those addicted are many times shunned or silenced and the struggle is kept quiet because addiction is not understood.

While working in the field, one of the most significant steps we would take would be to incorporate the family and friends into treatment in hopes of educating them as well as giving them a support system to fall back on during this difficult time. Some of the most transcendent and memorable stories were largely due to a tight support system and understanding (but not codependency) from those around the recovering addict. This was one thought I hold on to while coming up with the concept of RawRecoveryTalk.

The biggest push for RawRecoveryTalk was the lack of empathy which I attributed to lack of knowledge and not enough of a push to mainstream the process of recovery.

Many times I would hear people say “they don’t know what it’s like for me getting sober”. The anonymous community is super into connection, so I would always think “if only others were able to hear these stories” so I hoped that by collecting stories and putting faces and voices and words to the stories of struggle, the stories of strength, and the stories of triumph would be a first step.

RawRecoveryTalk is meant to be a place where addicts, those in recovery, and individuals with mental health issues can share their experience and in hopes of empowering others.

The Ending Is In Sight

Being an addiction counselor taught me one thing that was so important, and it’s that, this may not be the right time but if the idea sticks hard enough, it’s harder to shake. This is my thought process when it comes to ending the stigma associated with addiction and mental health.

So my advice to you is: use your voice, share as much (or as little) of your story as you’re willing to share so that your story is part of a stepping stone along the journey of ending the stigma associated with addiction and mental health.

RawRecoveryTalk is a movement to help end stigma and promote mental health and addiction recovery.